Little Tresor was playful from the start and from the time he could walk he loved to skip over the rocks on the path to his home. But when he was 4 years old, the game became dangerous. 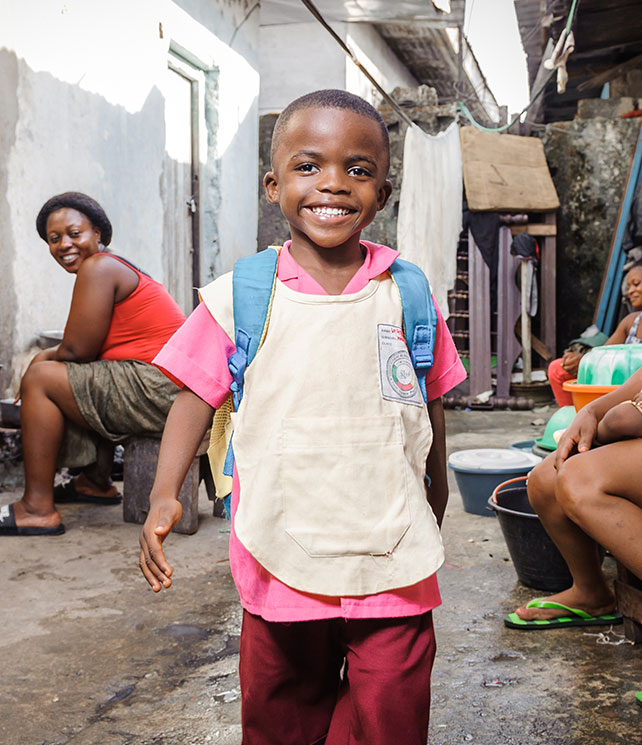 Little Tresor was playful from the start and from the time he could walk he loved to skip over the rocks on the path to his home. But when he was 4 years old, the game became dangerous.

Tresor had begun to misstep and fall down on the rocks because cataracts were developing in his eyes. Tresor was quickly going blind.

Tresor’s mother, Larissa, was devastated when she learned the news. “I felt like a part of me was dying because I know sight is one of the most important things in life,” she said.

Surgery was out of reach for the family, but without it Tresor’s vision would continue to deteriorate and he would be blind for life. Larissa feared for her son’s future and knew she had to find help quickly.

Then, one of Tresor’s teachers told the family that Mercy Ships was coming to a port near them and that Tresor could potentially have his sight restored before permanent damage set in. Larissa took her son to a screening and soon they were boarding the Africa Mercy® for an eye surgery that would restore his sight — and hope for his future.

Shortly after his surgery, Tresor sat on his mother’s lap squeezing his eyes shut tight. The patches had been removed, but he refused to open his eyes. Larissa gently coaxed him. Finally, he opened his eyes, and a big smile filled his face. Then, he reached for a toy car in front of him that he couldn’t see just a day before.

Tresor quickly returned to the playful boy he once was. In weeks, he was back at school learning and playing with friends — and skipping over stones on the path to his home.

“It’s my joy because I want him to be successful,” Larissa says with a smile. “Now, I’m full of joy and comfort. I’m so happy.”

Thanks to friends like you, Tresor received a life-changing surgery on board the Africa Mercy.